Warning: this may be a bit of a rant, as I blow some steam from the last few weeks of webhost problems... 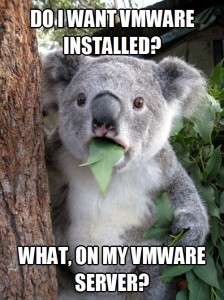 With 13 years of building websites and over 510 live (hosted, not parked) sites in my portfolio you can imagine I've been through a few hosting companies.

In fact I just had a look in my email archives under the hosts section and it looks like I've used 40+ hosting companies over the last 12 years.

Over the last month or so I've been having some 'fun', moving over 200 sites to a brand new server.

It all started because one of my old reseller hosts [Xilo.net] started having problems with one of my sites, they got in touch to tell me they had suspended the sites "due to excessive resource usage". I ended up spending over a week going back and forward with them trying to work out what was causing the problem, without any joy.

This highlighted a couple of problems with their support, first of all they would take an inordinate amount of time to respond to my support requests, and second they offered no practical help in working out what the was causing the problem.

At one point it took them 4 days to reply to my support request, and that was only after I "nudged" them for an update twice, not exactly confidence inspiring. On another occasion it was SEVEN days before I got a reply, and again that was after two more "nudges" from me!

Cheap reseller hosts can be fine until you actually have a problem and need some support...

As the site in question happened to be one of my main blogs, and I was getting no where with their support, I was left with no choice other than to look at moving it to a different host.

So I took stock of my current selection of reseller hosting plans and decided if I was going to have to move all the sites on that particular host, I might as well do a proper "tidy up" and move a whole bunch from other reseller hosting accounts and get them all on to a decent dedicated server with good support.

After a quick (apparently too quick) research and a tip from a friend, I chose a new host who seemed to have a good reputation for support & service, EUKHost.com

I signed up for a new VMware cloud server with them at £95 (~$155) per month and started looking at how to "migrate" all 200+ sites from the 6 other hosting plans that I'd decided to consolidate on to the one new server.

Unfortunately it quickly became clear that this was not going to be as easy a task as I had anticipated, as none of the existing reseller hosts could offer a full backup of my sites for migration, so I'd have to do individual cpanel backups of each one, download them locally to my PC, then upload them to the new server for installation.

It turned out that Xilo.net didn't even have the option of doing a regular cpanel backup, they had to get this feature added to my hosting, and you probably won't be surprised to learn that this took some time...

It took a while, but I got all the sites backed up and uploaded to the new EUKhost server and I thought I could then relax. Wrong!

The new server was down 3 times in the first 5 days, and there was no notification from EUKHost that it was down, in fact on the 3rd time it went down it took them over 5 and a half hours to reply my "critical" level support ticket.

One of their responses to help with the server problems was to ask whether I'd like to have VMware installed on the server, which seemed kind of odd to me, as I'd ordered and paid for a "VMware Cloud server", so I'd assumed it would come with VMware on it already...

At this point it was pretty obvious I'd made a mistake and I wasn't going to be able to stay with them.

So, back to the search for a new host that would be worth staying with, and this time I got my partner and 'uber tech head', Chris Hitman (yes, that's his real name) on the case looking for a suitable hosting company.

As it happened, I'd also remembered a recommendation on another hosting provider from a customer last year, a hosting company who include a super fast cache system called "Varnish Cache" on their servers, so I went and checked them out in a bit more detail.

Chris' research ended up leading him to the same hosting company as well, he was impressed not just with Varnish Cache, but also the spec of their servers (for the price) which on mine includes Raid 10, and that they include a fully managed, pro active service, so if the server goes down they know about it immediately and get working to get it back up without delay, which is what you want when you're relying on your hosting for your income.

Now I've only been with them a short time, but so far their support has been flawless, proactive, very helpful and super fast, that's on top of them dealing with all of the site migration for me, I simply gave them the login details for the EUKHot server and they just got on with it and contacted me as soon as it was finished.

So all I had left to do was go and cancel my old reseller hosting accounts, and guess what...

Xilo decided to add insult to injury, upon receiving my cancellation request, they informed me that, even though I'd had several weeks of problems with their service, 'lacklustre" support & had already removed all my sites from their service, they would be charging me for another month, as per their 30 days cancellation TOS.

Obviously I thanked them for their kind consideration...

From my experiences with these two hosting companies I can't recommend either Xilo.net or EUKHost.com

on the other hand, I can and do, highly recommend my new hosting provider, Unixy.

I should also mention that the new server with them not only has Varnish Cache to speed things up, it's a much higher spec than I had EUKHost and is around $60 a month cheaper!

If you're looking for a fast, reliable hosting service with great support check them out here: - Unixy

Note: yup, I do have a lots of sites/domains, in fact I've recently decided to sell some off, you can see what's on offer in the "0 Internet Marketing & Blogging" and "1 Premium Domains" sections on http://ow4.net, and feel free to offer lower than the prices I have on there... 😉