I posted on Tuesday night that I was about to have a play with a new Website Stores system to see how easy it is to get up and running before potentially promoting it to my subscribers, as it's been a couple of days I thought I'd post a quick update...

The system is a real nice bit of kit and in under an hour I was able to get to grips with it and pull in a LOT of targeted products from ebay, amazon and clickbank for different markets as the tutorial videos are very easy to follow, but..

Having "published" my site I discovered that the ads and pages weren't displaying correctly at all, and whilst it's quite probably something I've done wrong or not set up, I'm still waiting on their support to get in touch to help me out with it, so I guess I'm not the only one who's had some sort of problem getting up and running.

Now there's a couple of important points to mention here, before you get the wrong impression: -

first, it's a heck of a bit of kit, so it's not surprising that there will be some people with support issues, as different people will be trying to get it running on all sorts of different hosts, which is always going to throw up new problems not discovered in "beta" testing.

In fact, I wouldn't be surprised if that's what's causing my problems, as it does reqquire "Zend" running on the hosting you install it on and I've just realised I forgot to check that the two hosts I've tried it on have zend (note to self: check as soon as this is posted).. 🙂

second, the system has proven to be VERY popular selling almost 500 copies since it was launched on Tuesday, so they're going to have customers with very a wide variety of "skill levels" trying to get it running, some of whom will require a lot more support time than others..

third, I'm not a paying customer!

they were kind enough to let me have a copy to test out in advance of the launch, and it's only through my own dissorganised schedule that I left it until the day of the launch to test, rather than before when I could have received immediate support.

so they are now (quite rightly) concentrating on giving support to paying customers first.

fourth, I've started seeing some testimonials pop up for the system, so it is working well for at least some of their new users, I just hope I can become one of those soon...

I guess the lesson for me is remember the "7 P's" rule:

I had the chance to test it out before the launch and didn't take advantage of that opportnity, so if I've lost out on some potential commissions, it's my own damn fault!

I'll post again once I've got it up and running and know what the problem was.

You can check it out yourself here: 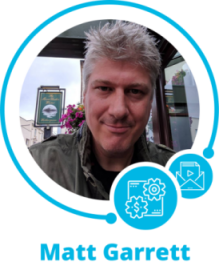